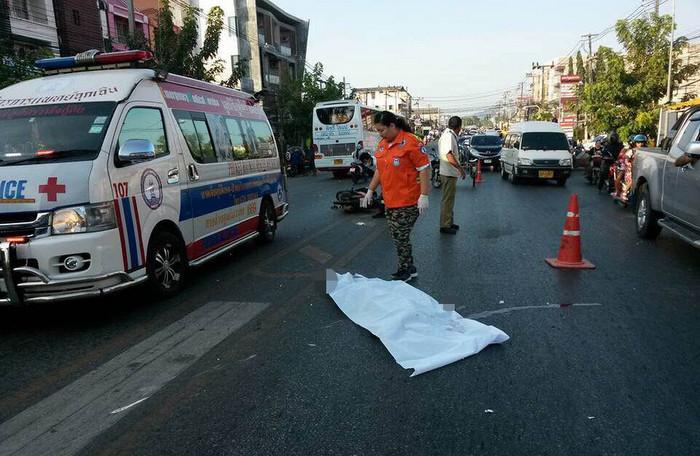 PHUKET: Phuket police are hunting a hit-and-run driver who killed an unidentified man and injured two people in Wichit this morning.

Witnesses said a Toyota Fortuner of an unknown color was heading toward Phuket Town when it struck two motorcyclists, before crossing lanes and fatally injuring a third motorcyclist.

“The collisions took place at about 7:40 this morning in front of the Baan Nabon School on Chaofa East Road,” said Lt Col Narong Muangduang of the Wichit Police. “All three victims were taken to Vachira Phuket Hospital. Two suffered minor injuries. The other was pronounced dead on arrival.”

Police have declined to name the two injured motorists while investigations are underway.

“We are now checking CCTV footage in the area to track down the driver of the vehicle,” Col Narong said. “We hope to track them down, as well as identifying the deceased as soon as possible.”