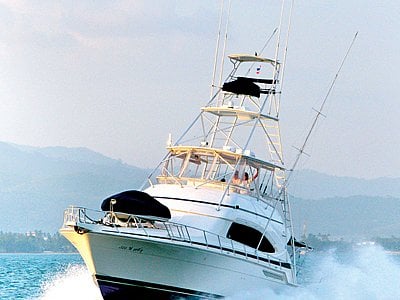 PHUKET: Phuket’s seventh International Sport Fishing Tournament has event organizers gearing up for another big catch of participants from around the world. The event takes place from November 23-26.

The island’s premier fishing competition has already reeled in 80 fishing enthusiasts who comprise 20 teams, with entries still being accepted via the tournament’s website.

The tournament practices “catch and release” rules, and anglers will be catching Black Marlin, Sailfish, Wahoo, Tuna, Dorado, Barracuda, Giant Trevallys and many more. Sharks do not count in this competition and competitors are urged not to harm them if encountered.

Trophies are awarded to the winning teams in the following categories: heaviest fish of each species; most billfish; most points overall; top team for each of the three days; best lady angler; and best junior angler.

The entry fee per team (maximum of four anglers) is 12,000 baht, with a discount for early registration, while individual participation is 3,000 baht.

Registration on Wednesday evening at the Tamarind Bar will provide an opportunity for the teams to meet each other and discuss tactics.

The tournament finishes on Saturday with prize giving, a live band and late night party on the water’s edge in Chalong Bay.