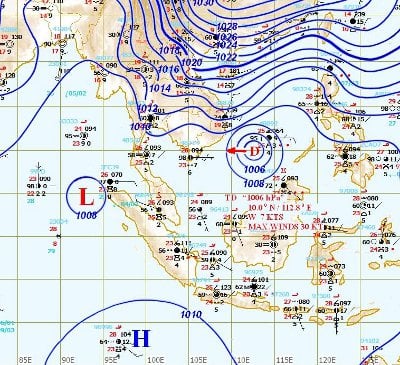 PHUKET: The weekend forecast for Phuket calls for “widely scattered to scattered” thundershowers through Monday, with variable winds and temperatures at night reaching as low as 22°C.

For the 24-hour period starting at noon today, the forecast by the Thai Meteorological Department (TMD) center at Phuket Airport calls for partly cloudy conditions with scattered thundershowers covering 60% of the province.

Similar forecasts are called for the other Andaman coast provinces of Ranong, Phang Nga, Krabi, Trang and Satun.

Weather watchers can try to dodge the raindrops by checking the TMD weather radar, which is functioning once again after a period out of operation.