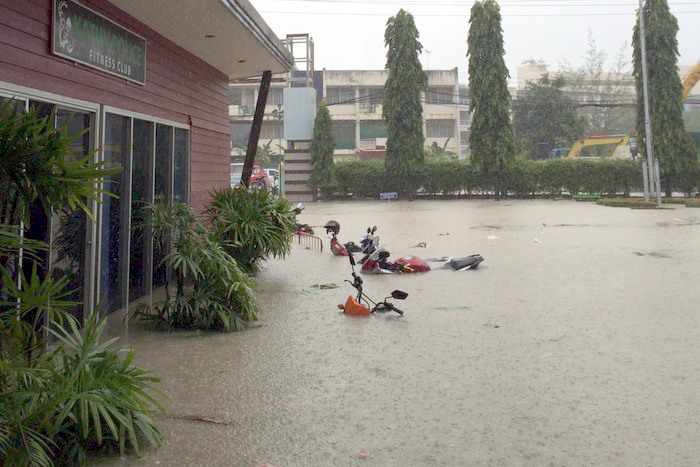 PHUKET: The Patong Police Station flooded for the third time in two weeks as another heavy rainstorm pummeled Phuket earlier this afternoon.

“The water is up to our hips at the station,” said Lt Col Suttichai Tianpho of the Patong Police.

“The computers and case files have remained on the second floor since the last flood. Now we are moving officers’ vehicles from the parking lot to higher ground along the street.”

However, Lt Col Suttichai noted that not much else could be done.

“It takes only about an hour of heavy rain to flood the office. We know that the station will flood again if Patong is hit by more heavy rain,” he said.