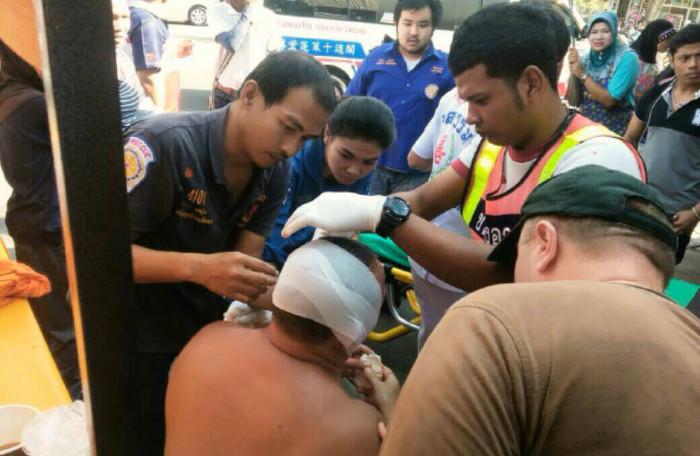 PHUKET: A fishmonger is on the run after slashing a Russian tourist’s ear in a fight over a 400-baht fish at a fresh market in Patong on Saturday.

The pair came to blows when the Russian paid for a fish worth 400 baht with a thousand-baht note and then accused the fishmonger of not handing over his change, explained Lt Col Weerapong Rakkito of the Patong Police.

The enraged Russian, Mikhail Ryzov, 36, reportedly punched the fishmonger, who then retaliated by attempting to slice off the tourist’s left ear with a knife.

Police arrived on the scene at the market on Rachaprachanugroh Road in Patong to find Mr Ryzov sitting on the floor nursing his partially severed ear, his face covered in blood.

“Medics administered first aid on the spot and then took Mr Ryzov to Patong Hospital. He was later transferred to Vachira Phuket Hospital to receive stitches,” said Col Weerapong.

It was the Russian’s last day in Phuket. He was due to fly home that evening.

Police have yet to identify the fishmonger, but are continuing their investigation, Col Weerapong confirmed yesterday.