PHUKET: An expat sales executive at a luxury villa resort complex in Phuket was injured when his car slammed into a power pole on the coastal road to the airport just before midnight last night.

The driver, a 58-year-old Taiwanese national employed by a luxury resort villa on Mai Khao Beach, was pinned inside the driver’s seat and groaning with pain when they arrived.

Badly bleeding, he suffered injuries to his forehead and both his feet from the force of the impact.

After cutting him free with a hydraulic “jaws of life” rescue tool, the rescue workers rushed him to Thalang Hospital for emergency treatment.

He was later transferred to Bangkok Hospital Phuket in Phuket Town.

The driver appeared to be very drunk, though he will likely avoid prosecution because the duty officer at Tah Chat Chai Police Station did not come to the scene and because no other party was involved and no significant damage to state property was caused, one of the rescue workers said.

Driving under the influence of alcohol is common among residents of Phuket, both natives and expats.

Almost three-quarters of the Thai and expat residents of Phuket who took part in a poll last year admitted they had driven in Phuket while under the influence of alcohol.

About 40% of the respondents in each group admitted to having done it “many times”.

The team in front is FC Phuket

A flap but no bird ‘flu

Phuket to gain another sister? 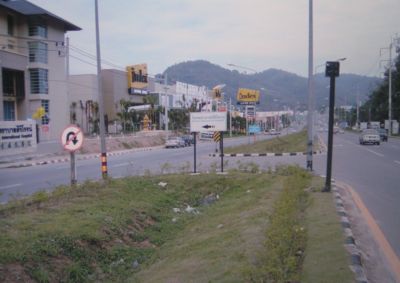 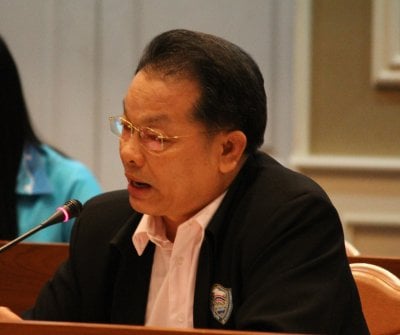 Phuket: Lord of the flies