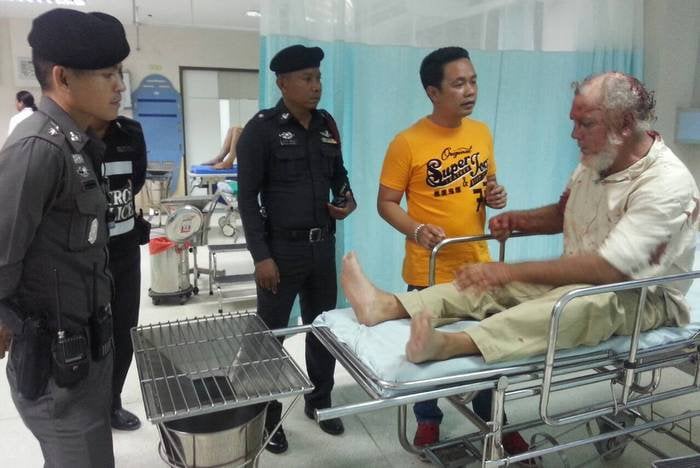 PHUKET: Patong Police expect to hand over their case against Mark Pendlebury, a long-time expat accused of murdering a Thai nightclub bouncer on March 11 (story here), by the end of April.

“I think I will be able to compile all evidence and complete the investigation by late April. Then, we will handle to case to public prosecutor,” Lt Col Jessada Saengsuree of the Patong Police told the Phuket Gazette.

Mr Pendlebury was expected to present himself in court on Monday (story here), but appeared in court on Tuesday instead, said Col Jessada.

Mr Pendlebury is currently out on bail granted by the Phuket Provincial Court.

“Mr Pendlebury will have to present himself to the court again next week, on April 4, as we are still investigating the case.” Col Jessada added.