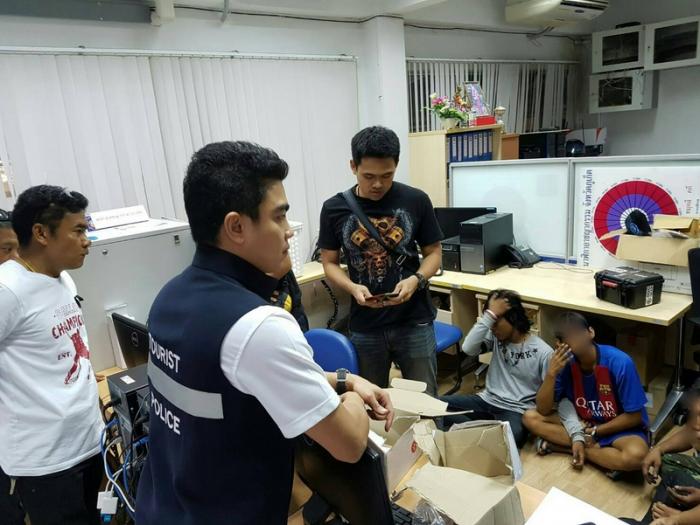 PHUKET: Four suspects, including a minor, were arrested in Rassada yesterday with more than 4,000 pills of ya bah (methamphetamine) and 200 grams of ya ice (crystal methamphetamine) worth about one million baht.

“Our sources informed us that a drug shipment would be delivered from Bangkok to Phuket via a logistics company named Somchai Speed Transport Partnership. We went to the company’s office to check and found three boxes sent by a company named ‘PenPenz Shop’,” said Phuket Tourist Police chief Naruewat Puttawiro.

“We waited there to see who would collect the parcels. About 1:30pm, a man named Sarawuth Kongkarong, 28, came to collect the first box. We approached him and asked to check the contents of the package, which contained 393 pills of ya bah and 32g of ya ice,” he added.

The arrests were made as an enhanced security campaign has been implemented throughout the holiday season, during which police are keeping a close eye on airports, bus stations and popular attractions to ensure the safety and security of locals and tourists.

All four suspects were charged with possession of a category 1 drug with intent to sell and were taken to Phuket City Police Station for further legal processing.

“We are investigating further and hope to unravel the drug network soon,” said Maj Naruewat.

New Zealand man falls to his death in Phuket