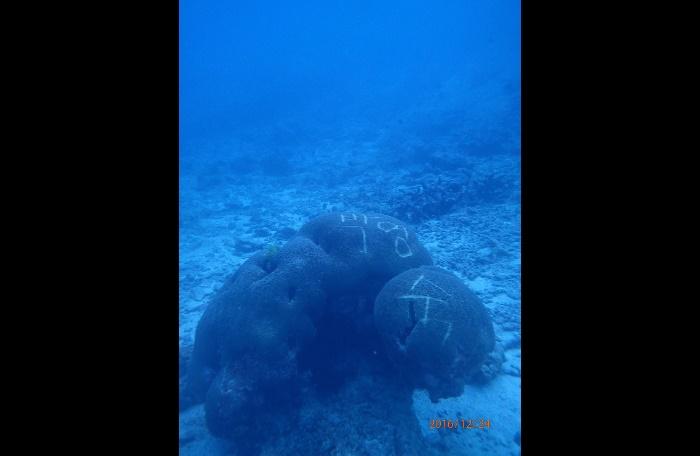 PHUKET: Dive company operators are urging officials to boost regulations after a piece of coral with a Korean name etched into it was discovered in the waters of Mu Koh Similan National Park last week.

The photo was taken last Saturday by a diver from the Sign Scuba company at Turtle Rock, where there are plenty of corals, both dead and alive. The diver dove south toward Waterfall Bay, about 20 meters deep, when he came across a big piece of coral with the name ‘Pak Yong Shoo’ etched into it.

The diver believes the name was written a while ago.

“This is a very negative attitude and sets a bad example for other divers who frequent the island. It’s quite strange, as normally Korean divers obey all rules and regulations. On behalf of the diving community, I request officials to keep a closer eye on such activities and enforce rules more vigilantly before this issue becomes worse,” a representative of the scuba diving operators, who wished to remain anonymous, told the Phuket Gazette.

At this stage, officials from Mu Koh Similan National Park have yet to release a statement and could not be reached for comment.