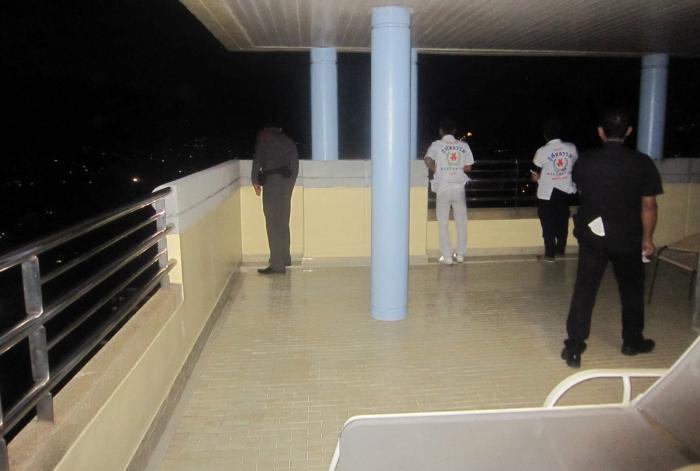 PHUKET: A Patong Municipality trash collector discovered the body of a tourist at the foot of a Phuket hotel early this morning.

The 55-year-old man from New Zealand is believed to have jumped off the balcony of his rented room at the Royal Paradise Hotel & Spa, which is located about 5 minutes from Patong Beach. He had checked in alone on Tuesday.

“We found the victim lying face-down in a pool of blood, with his head smashed on the pavement and both legs broken,” said Maj Teerasak Boonsang of Patong Police.

“We checked CCTV footage and found that he had returned to the hotel at 3:11am, taken the elevator to the 20th floor and entered his room alone. There were no signs of a struggle in the room.”

Police are in the process of informing the embassy of the incident.