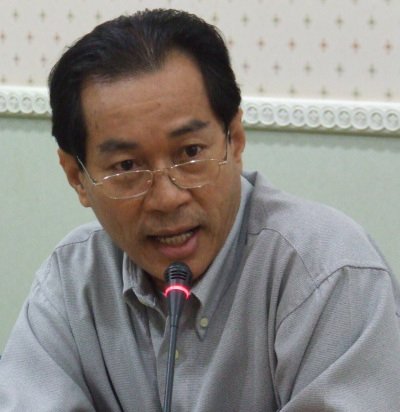 PHUKET: Those hoping for a lie in on Phuket’s west coast yesterday were disappointed when the Thai national anthem was played at 8am on all 19 of the island’s tsunami warning towers.

Meanwhile, it was also revealed that the island’s first “night tsunami” evacuation drill would take place in Kamala later this month.

The anthem will be played at 8am on the 1st and 15th of each month from now on. The towers are designed to be heard from up to 1km away, though their effectiveness is reduced in built-up areas.

Mr San also announced that a tsunami drill would take place in Kamala at 8pm December 14.

Assembly points for the drill have yet to be decided, but evacuation routes will be clearly signposted, he said.

Phuket Vice-Governor Nivit Aroonrat said Kamala was selected as it would be easy to conduct an effective drill there.

Regarding the possibility that hotel guests would be alarmed when the warning towers went off, Mr San said it was dependent on the hotels warning them.

Although there were no regulations to force them, hotels should also have their own alarm systems set up for the guests, he said.

“Probably in the future there will be regulations on tsunami warnings,” he said.

For the sixth anniversary of the tsunami, DDPM-Phuket will hold a “Command Post Exercise” at DDPM College on December 22 and 23.

There will also be a full-scale marine rescue and patient evacuation exercise at Saphan Hin and Phuket International Airport on December 24.

All related organizations will take part in the exercise, including the Royal Thai Air Force’s Institute of Aviation Medicine and the National Disaster Warning Center.