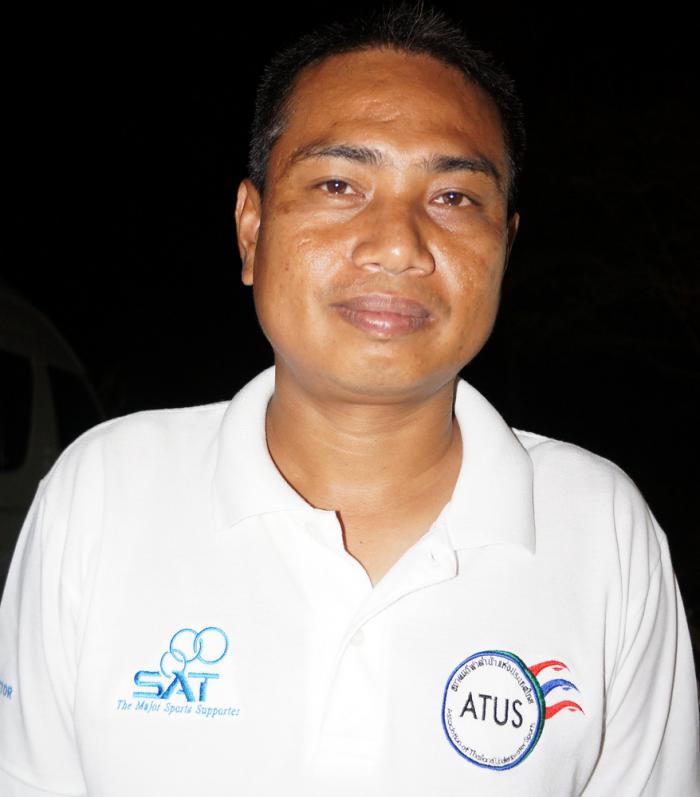 PHUKET: A new consortium of dive operators staged a meeting on Saturday calling for Phuket dive companies to sign up as members in order to present a unified front in combating alleged corruption by the Chalong Police.

The meeting, held by the recently formed Association of Thailand for Underwater Sports (ATUS), drew an estimated 50 representatives from dive companies across Phuket.

“More than 20 dive instructors were arrested at Chalong Pier on March 10, but no charges were pressed [story here],” said ATUS Secretary Pongsawan Sathatham.

“Instead, we were told that police asked for money from the instructors,” he said.

Mr Pongsawan, a lawyer and member of the Lo Yung Tambon Administration Organization (OrBorTor) in Takua Thung District, Phang Nga, said that restrictive definitions listed in dive instructors’ work permits presented officials an opportunity to exploit the dive community as a source of unofficial fines for breaking the law.

“What appears to be the problem is what is written in the dive instructors’ work permits. The work is listed as ‘diving instructor’ and under this definition dive instructors are not allowed to do anything else, not even carry their own dive equipment,” he said.

Consequently, dive companies across the island have suffered an ongoing barrage of raids, mainly carried out by the Chalong Police, aimed at snaring foreign dive staff for working beyond the remit of their work permits, he alleged.

Mr Pongsawan said ATUS will draft letters to be sent to Phuket Governor Maitri Inthusut, the Phuket Employment Office and the Region 8 Police, who outrank their counterparts in Phuket.

“We will send a letter explaining the problem to the Phuket Governor and ask his advice on what to do,” Mr Pongsawan said.

“The letter to the Employment Office [which issues work permits] will also explain the problem, and ask if there is any way the definitions can be expanded so that dive instructors will not be arrested for appearing to do work not listed in the work permit.

“We will also send a letter to Royal Thai Police Region 8 Commander Panya Maman and to Deputy Commander Maj Gen Ronnapong Saikaew, who is the current ATUS Vice President. We will ask what should dive instructors do to make sure they follow the law and not be arrested.”

Claude de Crissey, the French honorary consul for Phuket and former head of the Tourist Police Volunteers in Patong, explained that the ATUS was formed after direct talks with Ministry of Tourism and Sports officials in Bangkok.

“They asked for us to first set up an organization to represent the dive industry. We did this years ago under the Thai Diving Association [TDA], but that fell by the wayside as people declined to join for a variety of reasons,” he said.

“Now we have a new organization [ATUS] and we can conduct talks – and explain our problems – directly with the Ministry of Tourism and Sports in Bangkok.

“All we need now is members.”