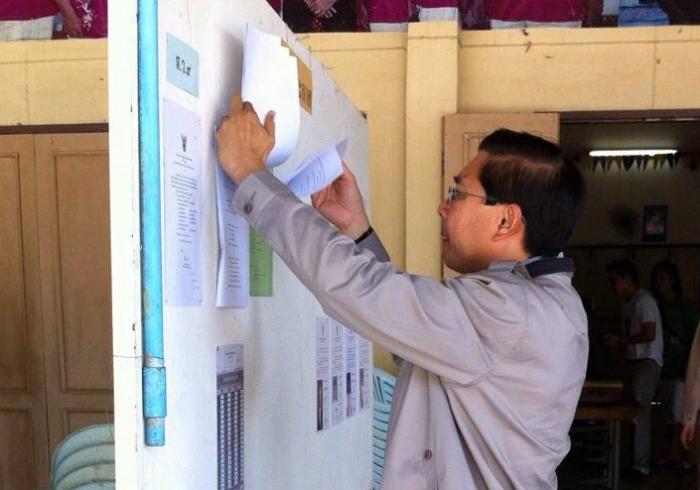 PHUKET: The dismal turnout at the Phuket polls yesterday for the advance voting in the national Senate election prompted the Phuket Governor to call on the public to turn out in force at the main polls next weekend.

According to the Phuket Election Commission (PEC), 31,174 people from other provinces registered on March 11-14 to cast their votes in the advance polling, said PEC Director Kittipong Thiengkunakrit.

However, only 683 turned up to vote, Mr Kittipong said.

Mr Kittipong did not speculate why so many people would actively register that they would cast their ballots in the advance voting, but then not turn up at the polls.

In response, Phuket Governor Maitri Inthusut called on the public to uphold their civic duty and cast their ballots at the main polls on March 30.

“I would like to see at least 60 per cent of eligible voters turn out for the election,” he said.

Mr Kittipong pointed out that any voters who were unable to cast their ballots yesterday could still do so this Sunday.

The election this weekend by law necessitates a nationwide ban on the sale of alcohol from 6pm on Saturday through to midnight Sunday, he added.