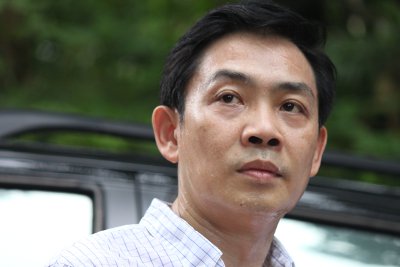 PHUKET: The investigation by the Office of Public Sector Anti-Corruption Commission (PACC) into illegally issued land titles in Phuket has identified 100 plots that will be investigated thoroughly, but the number could easily double if tip-offs from local informants are accurate.

PACC Secretary General Col Dusadee Arayawuth said that “some” of the 100 plots investigated so far had been cleared and deemed legal, while the remainder were still under investigation.

However, he added that since the probe was launched 10 months ago, his office had been informed of at least 100 more plots worthy of being investigated.

“We have a network of informants in Phuket who tell us that there must be at least 200 plots of land that may be illegally owned. When we first received this information from our sources, we were not convinced. But since coming to inspect for ourselves, we’ve found suspicious land deals every single time,” Col Dusadee said.

“We will investigate every single plot, especially any land owned by, or involving any former or current government officials. We will also check to see where they worked before to check for any previous activities that may be suspicious,” he added.

Col Dusadee explained that the PACC intends to target land that “may have the potential or opportunity to be encroached on by government officials.”

He listed five examples where his team had researched the official records and found the documents “suspicious enough” to investigate:

2. Land ownership documents for two plots of land at Baan Nakalay in Kamala. The plots now have a hotel and a resort on them. The PACC subcommittee is now investigating this case.

3. Using a SorKor 1 land document for land in Patong to issue a higher-grade land ownership document for 21 rai of land in Kamala. That land now has a hotel under construction on it. As the case involves government officials, it has been handed over to the Office of the National Anti-Corruption Commission (NACC) to lead the investigation.

4. A request to survey land in Patong in order to issue a NorSor 3 Gor document was altered in size by including 21 rai of SorPorKor land (land that can be used for only agricultural purposes and remains the property of the government). The case is now being handled by NACC due to government officials’ involvement.

5. Land ownership documents issued for land within the preserved forest area of the Kamala Hills. The case involves an attempt to issue a Chanote land title deed for seven plots of land covering about 300 rai. Col Dusadee inspected the site himself and declared it was within the protected forest area. The case is under investigation.

“There are still more cases in Phuket that we are investigating,” Col Dusadee said.

“We are working contentiously and quickly. We have to show our work to the government so they may see that the budget they have provided us is being used productively. We want to get as much encroached land back as possible.”

“Much of this depends on how much government departments are willing to cooperate. We want their cooperation, especially that of the Land Office, which is under the Ministry of Interior,” he added.

To cut the amount of “red tape” to facilitate a speedy investigation, the PACC on Tuesday signed an agreement to cooperate with the Permanent Secretaries of the Ministry of Interior and the Ministry of Natural Resources and Environment.

“No matter how high ranking they are, if they are found guilty of encroaching on [or assisting others to encroach on] public land they will be prosecuted without exception,” said Col Dusadee.