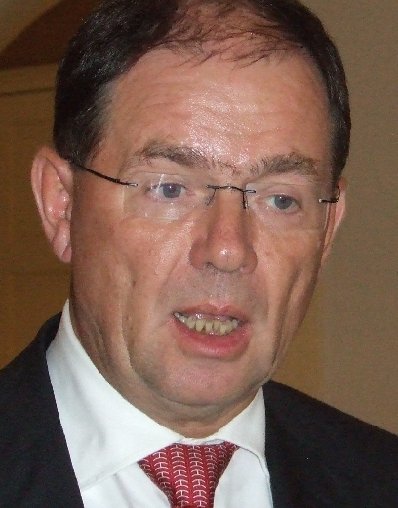 PHUKET: Topping the billing at today’s meeting of top-level provincial officers with honorary consuls for 24 countries responsible for Phuket and southern Thailand were the setting up of a police anti-rape unit and the handling of passports.

Hanns Schumacher, German Ambassador to Thailand, told the Gazette, “We have a general problem in that local police in particular who come in contact with Germans and other European tourists are not always playing by the rules.

“According to the Vienna convention on consular relations there is a commitment of local authorities whenever a foreign national is detained that the embassy is informed without any delay, or that the person concerned is given the right to call the embassy,” he explained.

“In addition, we have noticed recently that the practice of passports being confiscated – for whatever reasons – is still continuing,” he added.

On a positive note, though, the ambassador said, “I have heard with great interest from the ‘commissioner of police’ that the police have been changing their practice. I do sincerely hope that this will be the case in the future.

“Passports are the property of the issuing state and should not be withheld by the host country,” he said.

Cdr Pekad, however, also confirmed that vehicle rental companies had no right to withhold a passport from a foreigner, and that any foreigners who found themselves in such a position should report the company to the police.

Dirk Naumann, German honorary consul to Phuket, asked the commander for statistics of foreigners held at police stations for more than six hours.

This might prove difficult, Cdr Pekad replied, explaining that some small cases not worthy of reporting would only over-complicate cases that would just require fines.

Australian honorary consul Larry Cunningham said there were reports of some police asking foreigners for money to have their passports returned. To this, Cdr Pekad said he had already ordered all police in Phuket to not exhibit such behavior.

Following an earlier suggestion from Mr Cunningham, Cdr Pekad confirmed that police were currently setting up a special branch of English-speaking female officers experienced with rape cases to respond to rape victims, who Mr Cunningham said often did not want to tell the police, or a court, about their harrowing experience.

In the other direction, Phuket Governor Wichai Phraisa-ngop asked the consuls to tell their respective nationals to listen to beach guards, to be aware of the red flags and warning signs in the monsoon season, especially at Karon Beach.

He pointed out that some foreigners, notably tourists from Russia and the Middle East, thought they were good swimmers and were free to do what they liked. That attitude may well have contributed to many of them drowning, he said.

Overall, the meeting was considered a positive step for Phuket.

“This meeting today gave me the very good impression that the governor, the police, immigration, airport and other authorities are really willing to take up problems, to discuss them in a transparent manner with embassies and consulate officials. So the impression I am taking with me to Bangkok is very good. Phuket is developing in a very positive direction,” said Ambassador Schumacher.

Hélène Fallon-Wood, honorary consul for Ireland, agreed. “This has been a very good step forward for all foreign nationals who are living on or visiting Phuket and issues that have come up are being dealt with by the highest authorities.

“It’s a fantastic forum. This was our third meeting today. We are due to meet again on November 22 under the direction of the new governor of Phuket, so it is very nice to continue this forward so everybody can get the best out of it,” she said.