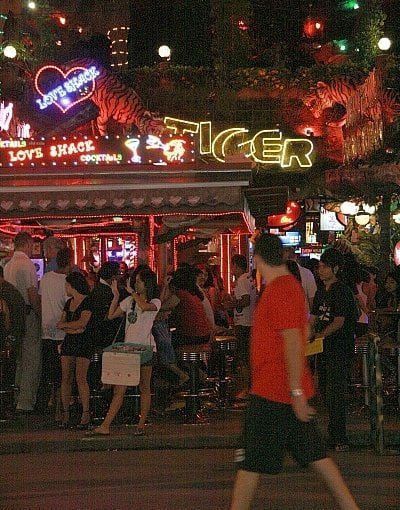 PHUKET: The sale of alcohol will be banned throughout Phuket this weekend ahead of the polls opening for the absentee and early voting on Sunday, Phuket Police Commander Pekad Tantipong has confirmed to the Phuket Gazette.

“The sale of alcohol will be prohibited from 6pm on June 25 [Saturday night] through to midnight on June 26 [Sunday night],” Maj Gen Pekad said.

“We will have police teams checking whether shops adhere to the ban,” he added.

The ban is nationwide as people across the country who cannot travel home for the July 3 election cast their ballots early.

Patong Police Superintendent Arayapan Pukbuakao explained that the ban would be very similar to what is planned for the July 3 election day, the only difference being that candidates will still be allowed to campaign during early voting.

“All bars in Patong can stay open and sell food, but there must be no alcohol sales at all,” he added.

In Phuket Constituency 1, which comprises all of Muang District except for Rassada and Koh Kaew subdistricts, 1,008 people have registered for advance voting, which will take place at Phuket City Hall on Narisorn Rd in Phuket Town on June 26.

In Phuket Constituency 2, a total of 669 people have registered for advance voting that will take place at Phranangsang School in Thalang on the same day.