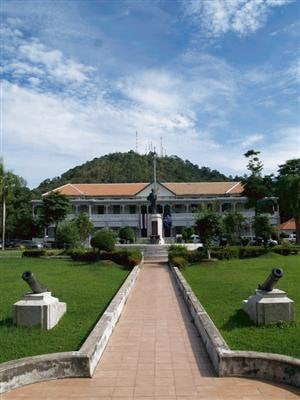 PHUKET: Despite the recent mayhem in Bangkok, life has largely gone on as normal in Phuket – but local authorities remain on high alert to ensure continued security.

Days of rioting in the capital culminated in the planned surrender yesterday of several ‘red shirt’ United Front for Democracy Against Dictatorship (UDD) leaders.

But rather than spelling the endgame to the drama, the surrender enraged other red shirts, who then rioted in the streets.

They set fire to at least 30 buildings, including the enormous Central World shopping complex, which was gutted by flames and partially collapsed.

The attacks spread across the country, with provincial halls in at least four UDD stronghold provinces set on fire in the worst political violence the country has witnessed since 1992, when 53 people were killed and scores more disappeared or were injured.

Yesterday’s riots saw at least 14 people die and hundreds more injured, but with much higher property damage than in the Black May 1992 turmoil, due to the length of the protest and number of arson attacks.

Speaking to the Gazette this morning, Phuket Vice Governor Smith Palawatvichai said he didn’t think there was a serious risk of Phuket Provincial Hall being set alight, but that security had been beefed up as a precaution.

At the nearby Phuket office of the Department of Disaster Prevention and Mitigation, a fire engine with water cannon remains on standby, along with emergency rescue vehicles fitted with spotlights and other emergency equipment.

The governor ordered provincial police to seek out and act on any news or intelligence related to security threats.

Despite these and other precautions, Phuket is far from the provinces where a state of emergency is in effect and no trouble is expected here, V/Gov Smith said.

Schools, government offices and banks in Bangkok were ordered to close and a night curfew was ordered in the capital and 22 other provinces until Saturday.

For the fallout to the local tourism industry from yesterday’s events, see a copy of the Phuket Gazette due out tomorrow afternoon and available on newsstands all over the island.

The Digital Gazette will be available to subscribers from 6pm tomorrow.