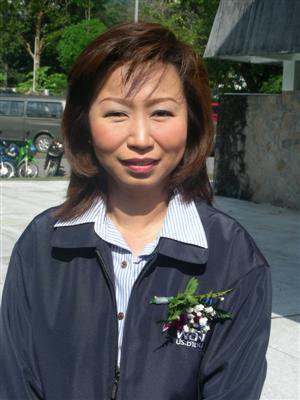 PHUKET: Former Thai Rak Thai Party leader for Phuket Dr Sriyada Shinawatra doesn’t think the riots and arson attacks in the country yesterday will have a negative impact on Phuket, but insists that fresh elections and a respect for democratic principles are the only solution to Thailand’s current political conflict.

She stood in several elections under the banner of the now-defunct Thai Rak Thai Party.

However she was never successful in Phuket, which is a stronghold of both the Democrat Party and the ‘yellow shirt’ People’s Alliance for Democracy.

“To understand the chaos we are going through we have to view the overall state of society. Those protesters were [mostly] unarmed people seeking an election. As a democracy we have to respect the rules of the democratic system, including majority rule,” she said.

Thais are naturally peaceful, but the lack of true democracy in the country has swung the political situation out of balance and brought about the current chaos, she said.

“In my opinion the government needs to arrange elections soon,” she said.

While accepting that violent methods were used by both sides, she said images taken in Bangkok in recent days showed soldiers shooting unarmed protesters who were only exercising their right to assembly though peaceful means.

“If people make their voices heard and get bullets in return, it means you destroy democracy…Using bullets, snipers and tanks to break up a protest is not the democratic way. Rather, it’s the way to end democracy in Thailand,” she said.

The protesters in Bangkok were willing to die for democracy, as evidenced by images of protesters exposing their chests to armed soldiers, she said.

“As a Thai, I don’t want to see anything like this in Thailand. I would like to see peace. If the government also wants peace they should hold elections as soon as possible,” she reiterated.

Asked about the reported burning of provincial halls by red shirts yesterday, she said it was not proven who was responsible for the attacks.

There were no eyewitness accounts and the attacks occurred after the UDD leaders had already surrendered, she said.

“None of the politicians here want any violent confrontations on the island, which is like a ‘guest room’ of the country. The images of Thailand being seen abroad are frightening enough. We don’t need more negative images coming from our guest room.

“We have to maintain the island as a beautiful place, unaffected by the violence, I think all the other politicians on the island would agree. If Phuket’s leaders and its people want peace, no violence will happen here,” she said.