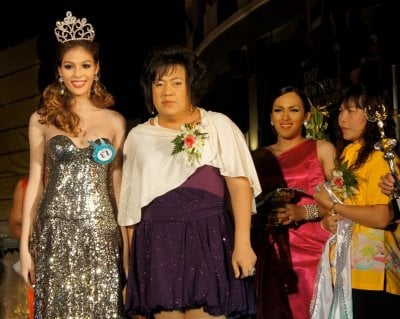 PHUKET: Gay tourists are expected to arrive in Patong in great numbers next month for the 10th Phuket Gay Pride Celebration, an annual event organized by the local lesbian, gay, bisexual and transgender (LGBT) community.

Activities kick off on the night of February 23, when there will be a pre-opening White Party on Soi Paradise, center of the town’s gay nightlife scene.

Proceeds from the various events each year go to organizations and foundations that assist the local LGBT community in the fight against HIV/AIDS. This year’s recipients will be the Andaman Power organization.

Based at Patong Hospital, Andaman Power works to promote awareness of sexual diversity and focus on AIDS awareness and health matters.

This year’s event is being organized in collaboration with Patong Municipality, Andaman Power, local gay businesses and the LGBT Volunteers Team of Phuket Island.

From the junction at Absolute Sea Pearl Hotel, along the beach road to the soccer field.

All nighttime events will take place along Soi Paradise, well away from the main entrance to the Royal Paradise resort complex.

Phuket or bust? Tourist Police to help visitors in trouble