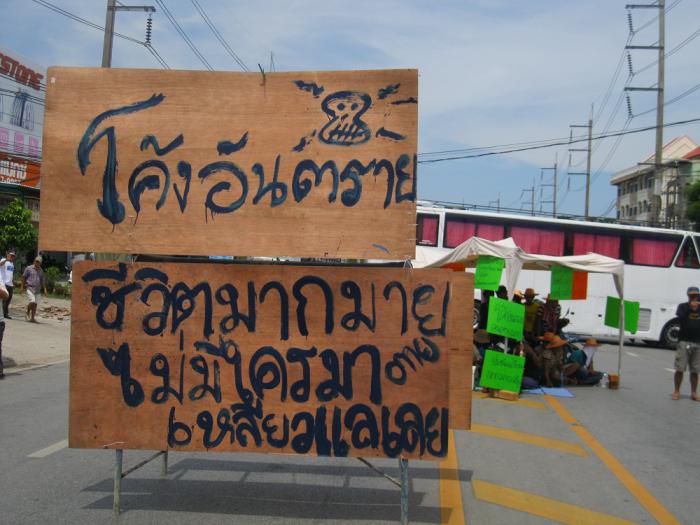 A temporary barrier, warning lights and safety signs will be erected at the curve, Governor Maitri told the press.

“As a long-term solution, we will install a permanent barrier one-kilometer long at the curve. Additionally, a checkpoint will be set up to test for drugs and alcohol,” he explained.

Local resident Sirichai Sangprechasakul said that the curve has been the scene of more than 10 accidents already this year.

“The latest was last night. A car hit my house and my car, which was parked in front of the house, after the driver lost control on the curve,” he said.

“Complaints including signatures from 117 residents have been submitted to the governor twice before, but the only action taken has been a vinyl warning sign set up by the Highways Department.”

Villagers staged the blockade by parking a bus across all four lanes of Chao Fa West Road, one of the two main roads linking Phuket Town with the south of the island, and pitching a protest tent in the middle of the road.