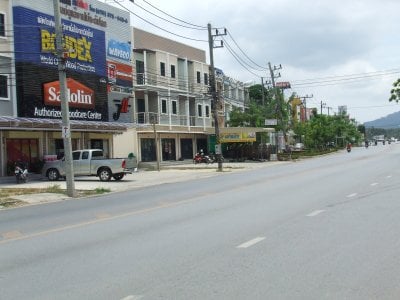 PHUKET: Three young women sharing a motorcycle died instantly in Phuket when a car traveling in the opposite direction veered into the wrong lane and hit them head on, police say.

The accident took place around 4am on Chao Fa East Road close to the Kisalai Swimming Club near Kwang Road on Tuesday.

The women were not wearing helmets.

The car dragged their motorcycle around 30 meters along the road.

The women’s families have claimed their bodies from Vachira Hospital for funeral arrangements.

Police took a sample of Mr Hason’s blood to check for the presence of alcohol.

Breaking through: Phuket road near completion