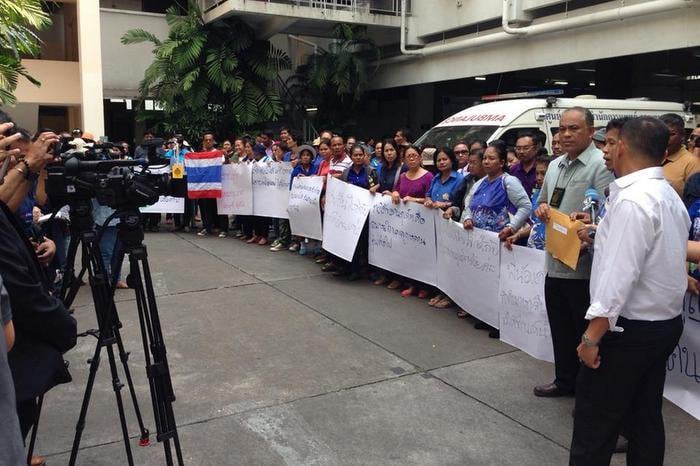 PHUKET: A group of about 150 Phuket beach vendors today took their complaints all the way to Bangkok, where they submitted a letter imploring Prime Minister Gen Prayut Chan-o-cha to revise the current beach management system.

The letter accused Phuket Governor Nisit Jansomwong of ignoring the requests of local beach vendors and going ahead with bans on beach chair rentals and other businesses on the grounds that the activities were encroaching on public land.

“These bans have strongly affected tourism businesses in Phuket, including hotels and beach vendors,” said Sutha Pratheep Nathalang, who led the group to the Office of the Permanent Secretary to the Prime Minister’s Office.

Mr Sutha also accused Governor Nisit of using the National Council for Peace and Order’s cleanup campaign to benefit some businesses, but not others.

“We are asking that the prime minister deal with this by adjusting the beach management policies so that they are fair for everyone, promote tourism and bring income to the local people,” Mr Sutha said.

Suksawat Suwanwong, head of public relations at the office, accepted the letter on PM Prayut’s behalf and said that he would send it to the relevant authorities for review.

Bay Regatta kicks off in Phuket