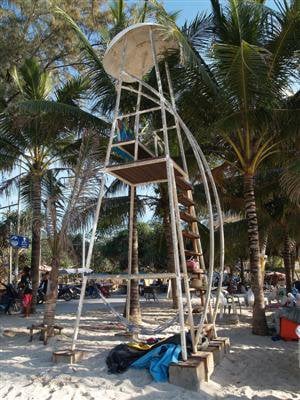 PHUKET TOWN: The return of lifeguards to Phuket beaches has been delayed because no companies have bid for the contract to supply them.

The Phuket Provincial Administration Organization (PPAO) has had to sweeten the contractual terms to encourage more bidders to come forward.

The winning company will now have to supply beach guards for 10 months of the year instead of 12, as in the previous terms of reference. Payment for services will remain the same at five million baht.

PPAO president Paiboon Upatising announced in January that lifeguards would be serving the island’s beaches by the end of this month.

Mr Paiboon now says he expects to announce the winner of the new tender on March 8.

Bids must be submitted by March 2.

“I hope the budget is more attractive to prospective service providers this time around. The services will start as soon as we find the new firm,” Mr Paiboon said.

Last month, two companies expected to tender for the contract failed to attend appointments to present bids to the PPAO.