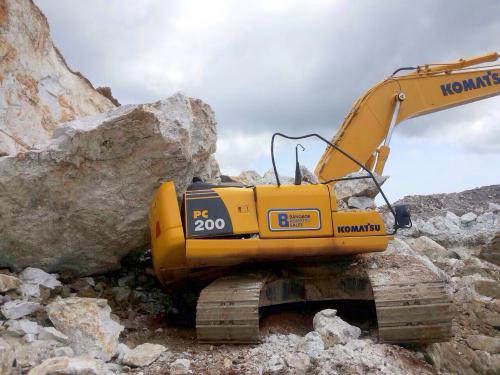 PHUKET: A backhoe driver working at a quarry in Kathu died today when a large chunk of bedrock fell onto the cab of his digger, crushing him and the cab.

Officers have yet to determine why the huge slab of granite collapsed onto the backhoe operated by Sudrak Nawakoaksorn, 31, from Nakhon Sri Thammarat.

Mr Sudrak turned up for work at the quarry, located behind The Valley residential estate off Phra Phuket Kaew Road, on time at 9am. The fatal accident was not noticed until midday, Kathu District Chief Veera Kerdsirimongkol told the Phuket Gazette.

“Other backhoe operators had to use heavy machinery to twist open the cab so that rescue workers could recover his body,” Mr Veera said.

Mr Sudrak’s body was taken to Vachira Phuket Hospital in Phuket Town, while police officers at the scene continued to question workers at the quarry over the incident.