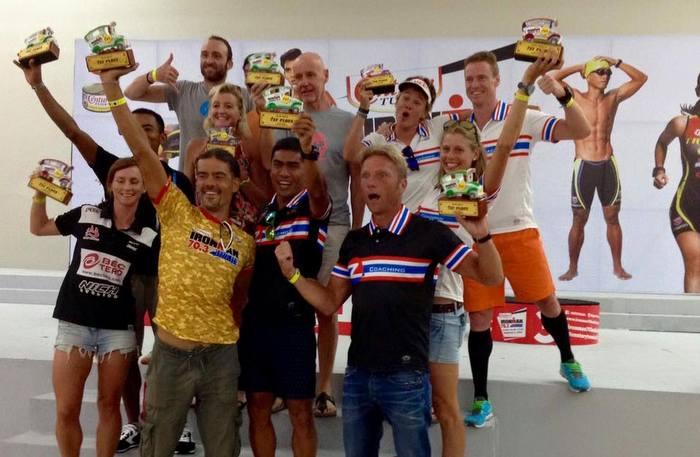 PHUKET: Phuket native Jaray Jearanai – Thailand’s top triathlete – and his fellow team members at Z-Coaching Phuket made quite the impression at the Subic Bay Ironman 70.3 held in the Philippines last weekend.

The Phuket-based triathlon academy bagged several victories and top spots at the competition.

Mr Jaray put in one of his best performances yet to go sub 4 hours 20 minutes, finishing as first age-grouper overall and well among the pros.

The hot training conditions in Phuket meant that athletes were acclimatized to the more than 40C heat in which the shadeless, hilly half-marathon took place.

Oat Wongtanaponsil, Ben Crookeden and Chris Weeks followed suit with impressive performances, with the former two qualifying for the World Championships to be held in Australia this September.

Aussie Dimity-Lee Duke, a professional triathlete based in Phuket, put in a smashing performance in a tough field to secure third place in her category.

Lyndsey Fraser and Imogen Simmonds secured first and second place in their respective age-groups. Between the two of them, they took home prizes for fastest times for all of the separate disciplines.

Continuing the winning streak were Barbara Angelastri – who won her age group – and Suparaporn Asawathipaibul, who finished in the top 10 in her very competitive age group.