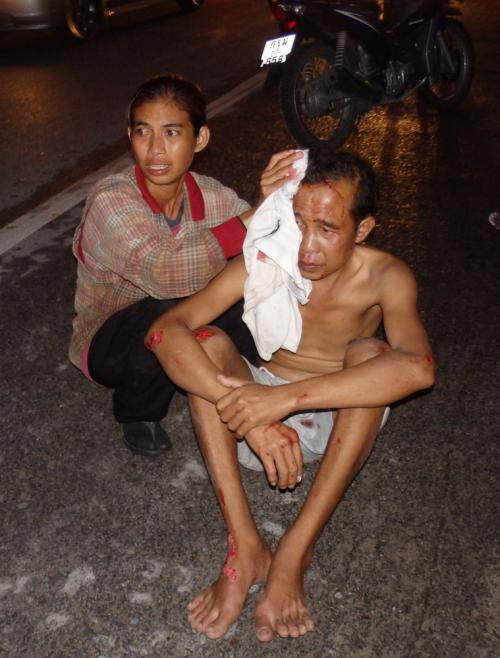 PHUKET: An airport taxi driver rushing to pick up a tourist at the airport collided with an inebriated motorbike driver in Thalang yesterday.

The man on the motorbike suffered minor injuries.

The taxi driver, Wattana Patan, 36, told police that he was en route to the airport and saw the motorbike riding in the left lane on the Cherng Thalay-Baan Don Road, said Lt Chatree Chuwichian of the Thalang Police.

“As they came abreast of Baan Don temple, Paitoon Anuphan, the 51-year-old on the motorbike, suddenly swerved in front of the taxi,” said Lt Chatree.

The motorbike glanced against the side of the taxi, and Mr Paitoon lost control and fell down, Lt Chatree said.

“Mr Paitoon was tipsy at the time of the accident and was not wearing a helmet,” Lt Chatree said.

Mr Wattana was questioned at Thalang Police station, where Mr Paitoon was expected to report after receiving treatment for his wounds at Thalang Hospital.

Jet-ski operators sorted out ahead of Phuket’s high season