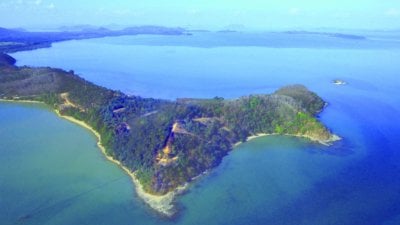 PHUKET: Construction of the stalled Yamu Hotel and Residences development on the East coast of Phuket is set to restart later this year.

The revival of the über-luxury development is the result of a new partnership between the project’s developer Campbell Kane and Evolution Capital PCL, which is listed on the Stock Exchange of Thailand (SET).

Construction is expected to begin again in the 4th quarter of this year.

“We are delighted to be moving the project forward to completion with Evolution Capital as our partner and aim to open by the end of 2010,” said Campbell Kane director Ian Henry.

“The Yamu is set to usher in a new generation of luxury hospitality concepts and ideas into what’s being called Phuket 2.0,” he said.

“Despite a global economic downturn, which has seen a number of hotel projects in Phuket incur delays, the current upturn in global financial markets seems to be heralding a growing appetite for equity and debt investors to take positions in the best projects available in the market,” said Mr Barnett.

“In the longer term, increases in tourism numbers coupled with significant growth in direct flights and and overall airlift to Phuket will strongly support the hospitality and residential market on the island,” he added.