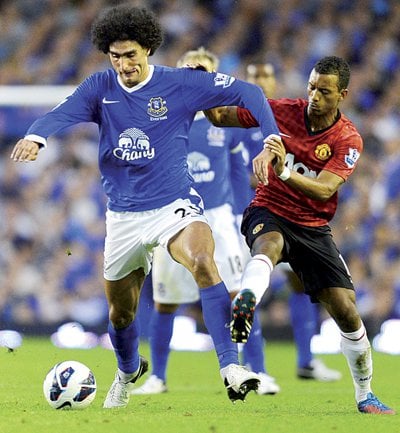 PHUKET: The Premiership returned last weekend to bring joy and pain back to football fans across Phuket again.

The drama and excitement of the world’s most popular football league was played out across England, with all 20 teams playing over Saturday, Sunday and Monday.

Brendan Rodgers was hired by Liverpool’s American owners over the summer to try and bring back the glory days, but suffered an opening day to forget.

Liverpool gave debuts to 26 million pounds worth of summer signings, but Rodgers’ new and old players let him down.

The opening game is not really the time to make knee jerk judgments but a
number of Liverpool fans have already started questioning Rodgers.

A fluid attacking display by Fulham helped them ease past Norwich 5-0; new Swansea manager Michael Laudrup, who has already lost Joe Allen to Liverpool and is about to lose Scott Sinclair to Manchester City, watched on as Swansea dispatched a poor QPR side also 5-0; Arsenal drew 0-0 with Sunderland and already people are saying they miss the firepower of Van Persie; Newcastle beat Tottenham 2-1 with Ibrahim Ba scoring for the first time in 14 games; Aston Villa lost to West Ham 1-0 and Reading drew 1-1 with Stoke.

Champions Manchester City made hard work beating Southampton 3-2 on Sunday and had to wait until a Samir Nasri goal in the 80th minute to claim all three points. The Saints will feel slightly aggrieved not coming away with at a point, and rightly so.

Manchester United also suffered a disappointing opening day against Everton in the Monday night kick off.

Manualle Fellaini used his height to terrorize Manchester United’s makeshift defense, finally getting his reward and only goal of the game in the 57th minute.

The standout games this weekend will be:
Aston Villa hoping to show they know how to use possession and turn it into goals against an Everton team who may try the route one, Fellaini tactic that worked so well against Manchester United.

Fulham will be brimming with confidence after their 5-0 victory at the weekend, but with Van Persie expected to start for Manchester United, it could be a very attacking game.

Chelsea take on a Newcastle side who will be hoping they can get Ba and Cisse working well together, whereas Chelsea still need to bed in a couple new players. This will be a good early test for them.

Liverpool need an instant reply when they host Manchester City on Sunday.

Poll: Should Phuket be exempted from election-day alcohol bans?