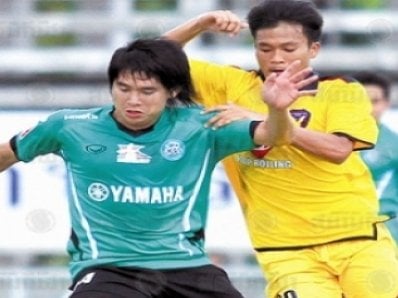 PHUKET: A single goal by Watcharakorn “Bird” Klaithin was enough for Phuket FC to prevail 1-0 over Chanthaburi FC in their 22nd fixture of the season on Sunday evening.

The away match was played in front of a humble crowd of 420 at Chanthaburi’s Central Stadium in Chanthaburi town in Eastern Thailand.

Though Phuket were heavily favored, there was a clear difference on the Chanthaburi side, who were in better form than the side that were trampled by Phuket 8-1 in June.

The second encounter’s only goal came in the final moments of the first half; striker Bird took his long range shot from outside the left corner of the penalty box, beautifully hitting its mark at the far post.

Scoring his fourth of the season, Bird is currently the Islanders’ top scorer.

The result leaves Chanthaburi, who have yet to win a game this season, in dead last of the 18-team Yamaha One (Division 1) league.

Phuket on the other hand, have now cleared the five team relegation zone – at least for now – moving up into 11th place.

The Islanders now travel to the capital to take on 12th placed Bangkok FC on Saturday, August 18.

Kickoff for the match, to be played at Chalerm Phrakiet Stadium in Bang Mod, Thonburi, will be at 5pm.

Other Division 1 results over the weekend are as follows:

Phuket Live Wire: What exactly is this new 4G?