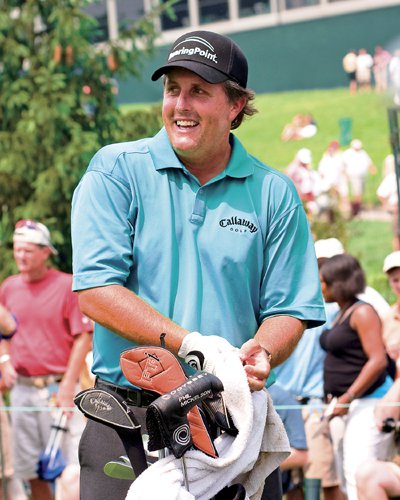 PHUKET: There are always an infinite number of excuses in golf for hitting a bad shot, but few sound more irrational, perhaps, than actually blaming your clubs. But is it really that irrational?

No, strangely enough it is not! Having your golf clubs fitted specifically for your own swing really can have a massive impact on your whole game, and if your clubs have not been fitted to your own personal specifications, you could well be sacrificing critical elements of your swing to try to make up for it.

To get an idea of just how big a part that golf clubs play in your game, just take a look back at Phil Mickelson’s win in the 2006 Masters.

No two people have the same swing, but most golf equipment that is available in the shops has been set up to be suitable for the average person.

If you are using equipment that is set up for somebody else, then you are going to be sacrificing your own swing in an effort to make the equipment work.

Obviously this is backwards to the way things are meant to be. In the ideal situation, your equipment should compliment your swing. Then any problems associated with your shots can be easily targeted as physical problems and fixed much more quickly.

Indeed, “Golf club fitting” has become so crucial these days tha most golfing facilities in both Europe and America will be able to help you choose the right clubs by walking you through a session. However, such specialized service is still a very new concept here in Southeast Asia.

One of the most important aspects to consider during one of these sessions is “lie angle”, which can also relate to the length of the shaft too. It is said that if the lie angle is out by just a few degrees, then your shots could land as far as 40 yards either side of where you were aiming.

Other things that are measured include “Club Head Speed”, “Launch Angle”, “Club Lie Angle”, “Ball Contact Position” and often much more, depending on where you get the club fitting done.

So whether you are thinking about buying a new set of clubs, or would just like to know what golf clubs are most suitable for your swing, why not book a club fitting appointment with us?

We are here to help you – before you make any wrong decisions. It is certainly better to get yourself properly fitted to begin with, saving all the hassles later on.

Often you may not really know where to start in finding out what you are actually doing wrong; you would be surprised how easily we can correct most problems.