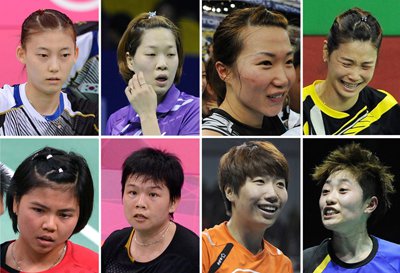 PHUKET: The badminton scandal that has rocked the London Olympics not only reflects badly on the players involved, but also on the sport as a whole.

Speaking to iSportconnect, before the eight players were disqualified from the women’s doubles, President of the Badminton World Federation (BWF) Dr Kang Young-Joong was confident the sport would be successful at the Olympics, and he outlined how he and the BWF had prepared for London 2012.

“The preparation has been a long and very focused process, where we have spent extensive resources setting up the best possible badminton event in the iconic venue of Wembley Arena,” said Dr Kang.

Many hours of preparations and near endless meetings with LOCOG have been put into the preparation and we are confident that the Olympics will be a tremendous success for both badminton and sports in general. All details have been considered and we are sure that this will indeed become the best ever Olympic Games.”

Dr Kang added that he hoped the increased television coverage would benefit the sport as a whole as the BWF looks to become less financially reliant on the Games.

“I would like to see the BWF on a stronger financial footing. We have relied heavily on income from the Olympic Games, but the ideal goal is to ensure that we rely less on the International Olympic Committee revenue and rely, in a more balanced way, on the marketability and profitability of our own products,” said Dr Kang.

The disqualified players include two pairs from South Korea and one each from China and Indonesia, who were accused of trying to dictate the draw for the knockout stages by throwing their final group games. Chinese star Yu Yang has quit badminton after the disgraceful events at London 2012.

Foreigners urged to give blood at Phuket Immigration