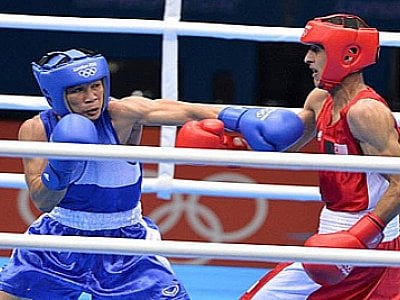 
Parliament prioritizes 10 bills before putting up reconciliation draft
Phuket Gazette / The Nation
PHUKET: The House will keep the Reconciliation Bill on its agenda but it will only be considered after 10 other bills have been debated upon, it was resolved at the first parliamentary session yesterday. The Opposition chief whip called on the government to withdraw the draft, saying that Prime Minister Yingluck Shinawatra should first clarify her stance on what he called the “whitewash” law.

The opposition has been saying that the bill, which could provide amnesty for people charged in political incidents between September 15, 2005, and May 10, 2011, would whitewash the legal cases being faced by former premier Thaksin Shinawatra.

After more than an hour of debate, a majority of 272 MPs of the 494 in attendance voted in support of first putting up the other 10 bills. The consideration proceedings will start next Wednesday.

The 10 bills up for consideration are drafts that have already passed the House committee’s consideration, such as laws on social welfare for professionals, expropriation of land in the Huay Pong and Map Ta Phut districts, traditional medicine, the collection of signatures to propose a law, and the law on therapeutic medicine.

Opposition leader and Democrat Party leader Abhisit Vejjajiva said yesterday in a broadcast on the Blue Sky Channel that so long as the government insisted on not withdrawing the Reconciliation Bill and the draft on charter amendment, people would remain suspicious.

Pheu Thai and coalition parties on Tuesday agreed they would not withdraw the charter amendment draft, pending the third reading, from the House-Senate joint sitting. Instead, they decided to set up an 11-member committee to work out how to move on with the process.

Two members would come from the Chart Thai Pattana Party – Paradorn Prissanananthakul and Chayut Phummakanchana – while Wannarat Charnnukul will represent Chart Pattana and Sansak Charoon Ngarmpichet will represent the Pha-lang Chon Party. Pheu Thai MP and red-shirt leader Weng Tojirakarn told the media yesterday that he would submit an impeachment motion against seven judges of the Constitution Court, citing abuse of discretion in ruling on the charter amendment bill.

Weng said he agreed with delaying the third reading of the Constitution amendment, saying he understood Yingluck’s intention to reduce conflict.

Meanwhile, Democrat spokesman Chavanond Intarakomalyasut called on the government to let the opposition join platforms organized by the Interior Ministry to explain the charter amendments to the people.

Yesterday was the first day of the new parliamentary session. House Speaker Somsak Kiatsuranont said only 494 MPs reported after some had resigned or been disqualified, and one MP had passed away.

The full House consists of 500 MPs.


Parents told to watch for symptoms
Phuket Gazette / The Nation
PHUKET: Parents are advised to watch out for pneumonia and acute otitis media (middle-ear infection) symptoms in young children because these conditions could be further complicated by the ongoing spread of the hand, foot and mouth disease (HFMD).

Speaking at a Bangkok seminar yesterday, Prof Dr Somsak Lohlekha, chairman of the Paediatric Society of Thailand, said pneumonia could be fatal for infants, while acute otitis media was found in 80 per cent of children under three and could kill if it developed into meningitis, brain abscess or septicaemia.

He said parents might overlook symptoms like ear ache or itchy ears if their toddler already has a cold. However, this could lead to severe ear infection and a ruptured ear drum, or even spread to the lungs, leading to potentially fatal respiratory failure. The infection could also spread to the brain, leading to meningitis or brain abscess, he said.

The doctor advised parents to take action if their toddler is touching his or her earlobes frequently or constantly crying. As for pneumonia, parents should consult with doctors immediately if their children have any flu or cold symptoms like wheezing, heavy coughing or high fever. He said pneumonia was not curable through vaccines or over-the-counter medication.

In Si Sa Ket, there have been 260 confirmed cases of hand, foot, mouth disease, and six of them were children between the ages of 10 and 14, which is rare, the chief of the public health office, Dr Prawi Amphan, said.

Kaew’s triumph in the preliminary round of the 49kg category followed flyweight Chatchai Butdee’s emphatic win as both fighters made successful debuts in the Games, leaving Sailom Ardee the only loser among the three-member Thai team.

The 32-year-old Kaew had previously been overlooked for national selection in the smallest weight division because of his small frame. Now, the diminutive Kaew knows that time is running out for him as he chases Olympic glory before hanging up his gloves for good.

With the London Games possibly his first and last appearance in the Olympics, Kaew is determined to make the most of the belated opportunity.

Roared on by a noisy group of Thai fans at the venue, the Thai fighter came out swinging from the bell, but found the elusive Algerian a difficult target, making it tough for Kaew during the first round.

After taking a single point lead from the opening round, Kaew found it much easier in the second, landing three successive blows with his right and profiting from counter-punches to extend his advantage to 14-9.

Flissi, who spent time training in Thailand for the Games, tried to raise the tempo in the final round, but the Thai used his vast experience to easily fend off the Algerian’s late surge, eventually recording a comfortable 19-11 win.

“I’m not very happy with the way I boxed today. It took a while for me to recover from the slow start. He was my sparring partner when he trained in our country,” said Kaew, who next faces Carlos Pilataxi of Ecuador on Saturday.

“It will be a tight fight,” Kaew said.