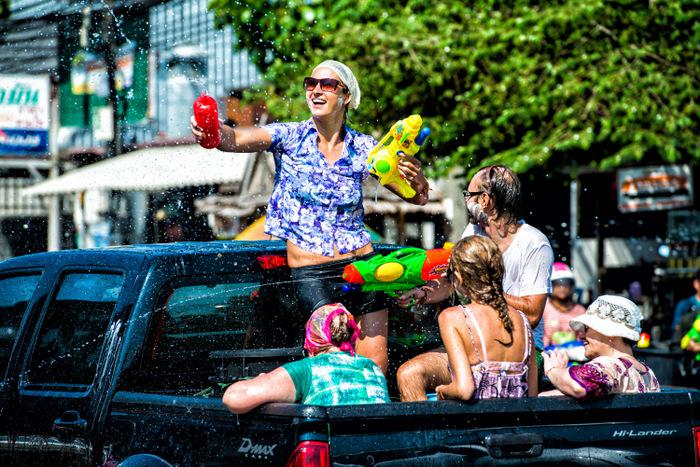 PHUKET: Doctors at Patong Hospital have confirmed that three foreigners died yesterday after collapsing from heatstroke.

Russian tourist Igor Kiselev, 59, was rushed to hospital for medical treatment after he passed out at Karon Beach, Patong Hospital Director Sirichai Silpa-archa confirmed to the Phuket Gazette this morning.

“He died en route to the hospital. Medical staff tried for one hour to revive him before they pronounced him dead at 4:30pm,” Dr Sirichai said.

“He showed no signs of assault. We suspect that he died from a heart attack brought on by heatstroke.”

“Despite our efforts, he was pronounced dead at 7:10pm,” Dr Sirichai said.

The third victim, a Myanmar national named by one hospital staffer as Aung Aung, 41, was also rushed to Patong Hospital after collapsing at Karon Beach.

Dr Sirichai said that he had yet to confirm with medical staff that all three men had been drinking alcohol, which would have elevated the men’s body temperatures. However, he did note that Mr Bell and Mr Kiselev had both arrived from colder climates.

“The heat could have had a drastic effect on the bodies, especially if they had been celebrating Songkran by having water fights in the sun,” he said.

Staff at the Thai Meteorological Department in Phuket reported that the heat blasted upward to 35.2ºC yesterday.

“We expect the heatwave to continue for at least the next three days,” said one TMD staffer.

“We urge everyone to take precautions to prevent being overcome by heatstroke.”