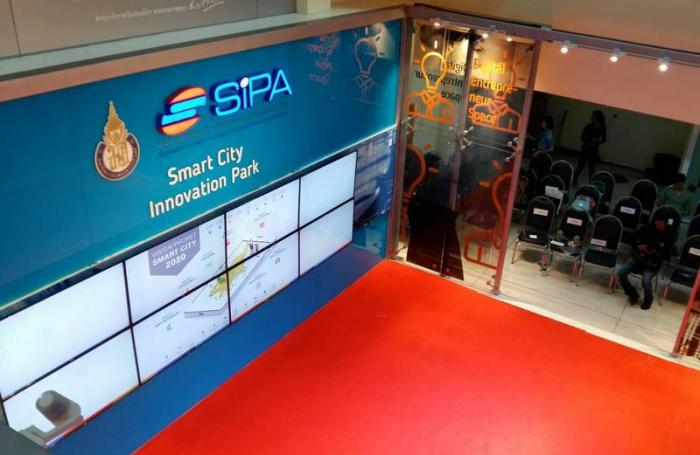 “The four-storey building is a symbol that the pioneer smart city project in Phuket is becoming a reality. The venture is supported by the Software Industry Promotion Agency (SIPA),” Phuket Governor Chamroen Tipayapongtada said at the launch.

“The purpose of the building is to promote public learning about smart city technology,” Governor Chamroen added.

He added that he was very pleased the innovation park had so far garnered “overwhelming interest” from both local and central agencies.

As part of this smart city venture, the Board of Investment (BOI) will provide consultation and expertise to new digital startups. Officials also plan to hold exhibitions for tech startups and co-working spaces.

“We are working closely together with many partners on this project, including Prince of Songkla University and CAT Telecoms,” said SIPA provincial head Pracha Asawateera.