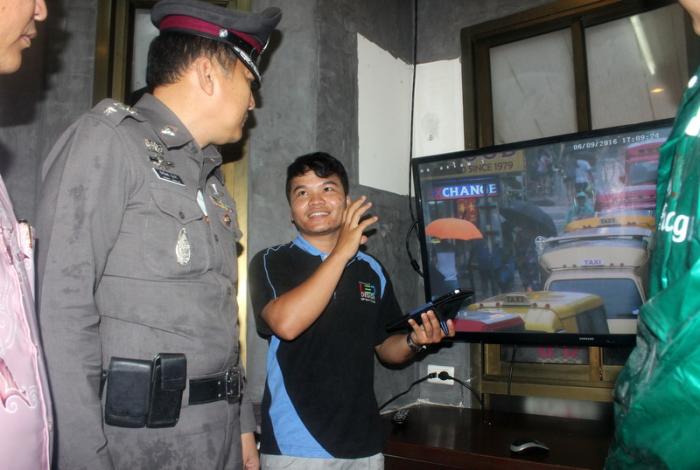 The cameras are to be installed as part of a public-private sector partnership, Patong Police Col Chaiwat Auikam said.

Managing Director of the Pisona Group and member of a well-known Thai family in Patong, Preechawut ‘Prab’ Keesin, said the project received support from Thai-Bev and Patong entrepreneurs.

“We will give 10 cameras – equipped with a 300-meter zoom and 360 degree panorama, and valued at 1 million baht – to Patong Police to help promote safety in the area,” said Mr Prab.

He said that the current plan would allow multiple businesses to connect their cameras to a password-protected public safety network.

Col Chaiwat said that the ultimate goal is to wrap all of Phuket under the blanket surveillance of 1,000 CCTV cameras.

The project falls under the government’s ‘Panta Pracha Ruamjai’ campaign, which aims to promote island security by fostering public-private partnerships. The campaign, which translates to ‘1,000-eyed community,’ is aimed at installing CCTV cameras throughout the province.

“We believe these cameras will be able to help us track down criminals and promote Patong as a safe tourist destination,” Col Chaiwat said. “I have been told by Patong Municipality that they have already approved another 20 beachfront cameras as well.”

Kathu District Chief Sayan Chanachaiwong said he was thankful that private sector partners are expected to care for maintenance costs of the cameras, which he said was a major problem for the municipality.