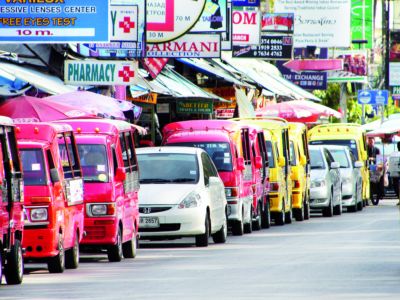 PHUKET: After 19 months of delay, it’s time to break the median strip in front of Phuket Provincial Bus Terminal 2 and finally get the buses rolling from there.

Despite its ill-advised location, the site is an improvement over that of the blighted current terminal in Phuket Town, an area which long ago lost any claim to being a geographical hub.

We find it hard to understand the resistance to the Terminal 2 project by some of the local residents in Rassada. We appreciate their displeasure at not having been invited to public hearings, but the presence of the new bus station there should not do much to damage the local landscape.

If, as some have claimed, the argument really is about increased traffic, residents should consider that all inter-provincial buses already pass their doors, 24 hours a day enroute to and from Phuket Town. Having the buses stationed there should not be seen as much of a threat to the neighborhood. It is likely, in fact, to improve northbound traffic flow at key junctions further south in Rassada.

As mentioned in this space before, a much better location for the new station would have been at the point where the bypass road forks off from Thepkrasattri Road. This would have provided convenience to passengers transiting to west and south coast destinations, especially if the much-talked-about light rail system were ever to become a reality.

Nevertheless, it always seems to be the residents of Phuket Town, not tourists, who reap the benefits from government projects. Phuket Town has a reliable public water supply, expansive parks, cheap and reliable public transport and an ongoing project to bury power cables.

Consider similar infrastructure in places such as Patong or Kata-Karon, and the contrast is stark indeed.

Moving the bus station to Rassada can be viewed as “more of the same”. If and when it opens, Phuket Town residents will see their roads freed of the lumbering buses while enjoying easy 10-baht access to the new station on the pink Poh Thong buses.

At the opposite end of the spectrum are tourists arriving from other provinces, who will of course be left to the demands of whatever transport syndicate is first to buy the franchise, almost surely to be exclusive, at the new terminal.

Given the massive profits reaped from such black-plate taxi and tuk-tuk franchises, it is hard to believe that local Rassada folk are not chomping at the bit to have the station open as soon as possible so that they can line up at the feeding trough.

After all, there has been no talk whatsoever of providing anyone arriving at the terminal with a shuttle bus from there to Patong.