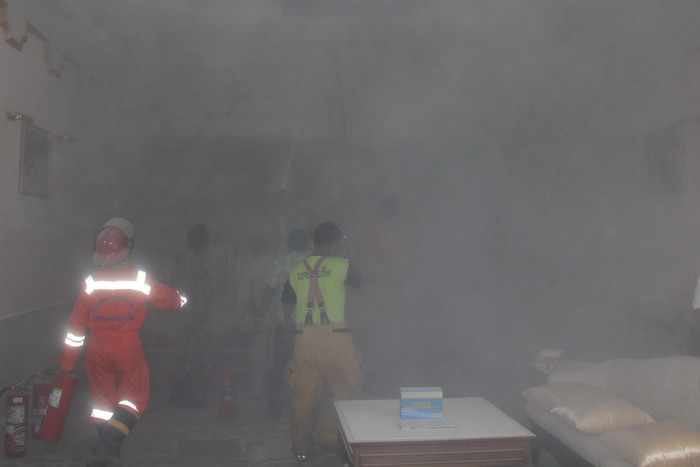 PHUKET: A fire erupted in a private reception room at Phuket Provincial Hall after an air-conditioning unit short-circuited this afternoon, causing about 30,000 baht in damage.

“We were notified by an officer in Provincial Hall at about 4pm that a second-storey parlor had caught fire,” said Lt Col Kritsana Jannit of the Phuket City Police.

“Firefighters from Phuket City Municipality were able to get the flames under control within 10 minutes using fire extinguishers.”

“Luckily, no one was harmed during the incident. Repairs for the damage will cost about 30,000 baht,” said Col Kritsana.