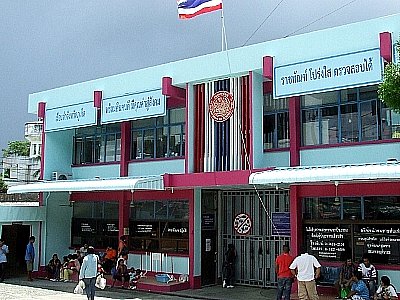 Phuket Prison chief Rapin Nichanon identified the deceased as 52-year-old Suwit Srisangthong, who lived in a home for government workers on the prison grounds.

When friends went to wake Mr Suwit for work yesterday morning, they found him hanging by the neck from a ceiling support in his two-story home.

Chief Rapin said Mr Suwit and a small group of colleagues were drinking whisky until about 5am the night before.

Describing him as “a sensitive man”, Chief Rapin said that whenever Mr Suwit got drunk he confided with friends how badly he suffered inside following the drowning death of his son a few years ago, an accident he felt responsible for allowing to happen.

Mr Suwit’s guilt over the death of his son, coupled with failing health, were most likely the factors that made him decide to end his life, he said.

Chief Rapin flatly rejected rumors that his decision to end his life could have come from stress related to the work of a committee that has been set up to investigate the ongoing problem of smuggling mobile phones to inmates.

Mr Suwit was a highly respected officer and was well liked by his colleagues, he said.