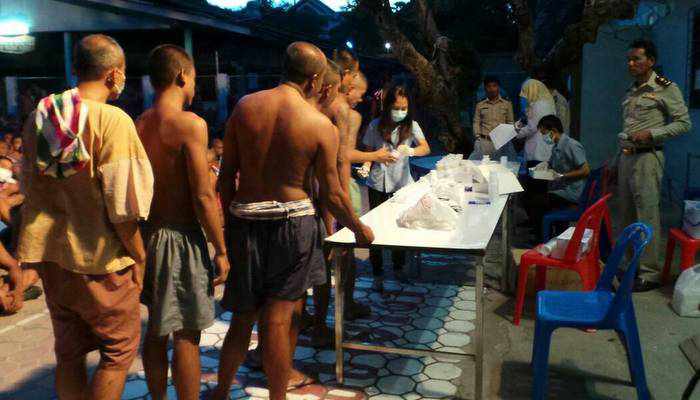 PHUKET: A pre-dawn search of Phuket Prison today failed to uncover any drugs or contraband hidden by prisoners, again branding the overcrowded facility a “White Prison”.

More than 200 officers led by Phuket Prison Chief Rapin Nichanon started the mass search at 5am.

All of the 2,870 inmates, male and female, were searched. The search included personal lockers, sleeping quarters, the infirmary and other areas where officers believed contraband could be hidden.

“The facility was drug-free. There were no mobile phones or other banned items found,” said Chief Rapin.

As part of the raid, 300 inmates were selected at random and tested for drugs. None of them tested positive.

“We received the order last night to conduct the search in the morning. The inmates had no idea it was going to happen,” Chief Rapin said.

“We are, of course, happy with the results.”

Regardless of the White Prison certification, Phuket Prison suffers from overcrowding.

“The facility has been operating at about triple its capacity for a long time now,” Chief Rapin said.

“I have no idea when the budget for the approved new prison will be distributed.”

Construction is slated to start on the billion-baht prison in 2015 (story here).

New species of gecko in Phuket not so new