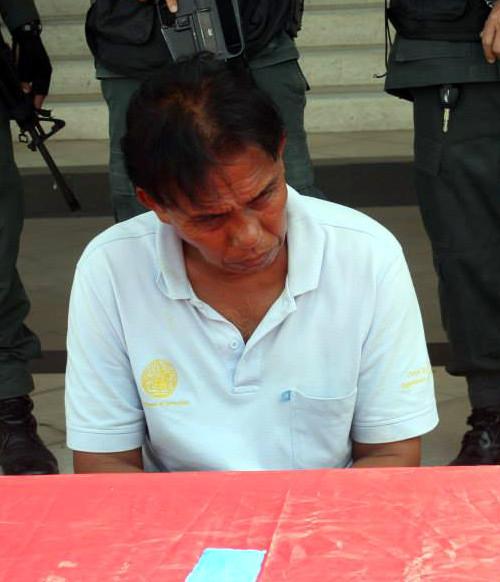 PHUKET: A Phuket Prison officer who taught inmates new life skills to use after their release was arrested for drug possession in Bangkok on Tuesday.

Thanawit Puangnoi, 56, was arrested after Nonthaburi Provincial Police received a tip-off that a man would pick up drugs in the neighborhood around Jan Temple in Bang Kruai District.

Officers staking out the neighborhood saw Mr Thanawit walking away from the area in a suspicious manner, said Col Kitti Sakunee, Superintendent of Bang Kruai Police.

“They stopped and searched him, and found 142 pills of ya bah (methamphetamine) packed in blue plastic in his shoulder bag,” Col Kitti told the press yesterday.

“When we questioned him, he claimed that he didn’t know there were drugs in the bag. He said a friend asked him to take it to the Southern Bus Terminal,” said Col Kitti.

Mr Thanawit was charged with possession of a Category 1 drug with intent to sell, but he has denied the charge, said Nonthaburi Provincial Police Commander Thanayut Wuthicharasthamrong.

If found guilty, he will be handed down a sentence triple the normal punishment because he is a government officer, Gen Thanayut explained.