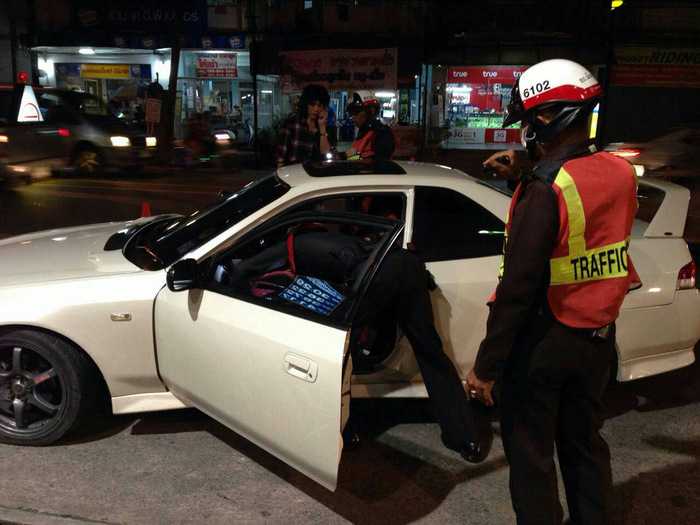 PHUKET: The Royal Thai Police force is fighting off a barrage of slurs to its reputation to the extent that even the Tourism Authority of Thailand (TAT) has recognized the problem as its top “Health & Safety” concern for tourists (here).

The recognition comes amid headlines of the ongoing corruption investigation centered on former Central Investigation Bureau (CIB) chief Pongpat Chayapan, who was found with cash and valuables from unexplained sources to the tune of 2 billion baht (story here).

That scandal came hot on the heels of allegations of police brutality in the Koh Tao murder investigation (story here) and widespread claims on Thai social media of a cover-up by police to protect a local government official’s family (story here).

The allegations of a cover-up were debunked by the suspect publicly taking a DNA test (story here), but the reaction online plainly highlighted how many Thais didn’t trust the investigation.

Here at home, Phuket Immigration has yet to answer claims of money being extorted from foreigners at the Patong office (story here).

Meanwhile, the Public-sector Anti-Corruption Commission (PACC) has yet to reveal its findings in a case focusing on allegations of Chalong Police officers extorting money from dive industry operators (story here).

However, Governor Nisit Jansomwong is fighting back against such lack of transparency with his requested investigations into allegedly corrupt police.

Gov Nisit called for an investigation into the Cherng Talay Police and their superior officers for their alleged abuse of martial law during a raid on a family house in Srisoonthorn earlier this month (story here).

Joining him in the fight for transparency is Phuket City Police Superintendent Sermphan Sirikong, who ordered an investigation into alleged police brutality at a night checkpoint in Phuket Town (story here).

Yet the incessant string of “incidents” and “misunderstandings” have done little to improve the image of the Royal Thai Police. So, the Phuket Gazette asks its readers, just as the TAT has: “Do you trust the Thai police?”

Answers available in the poll are:

To view the results of our previous poll, asking “Should jet-ski operators be allowed to operate on Phuket’s beaches?”, click here.