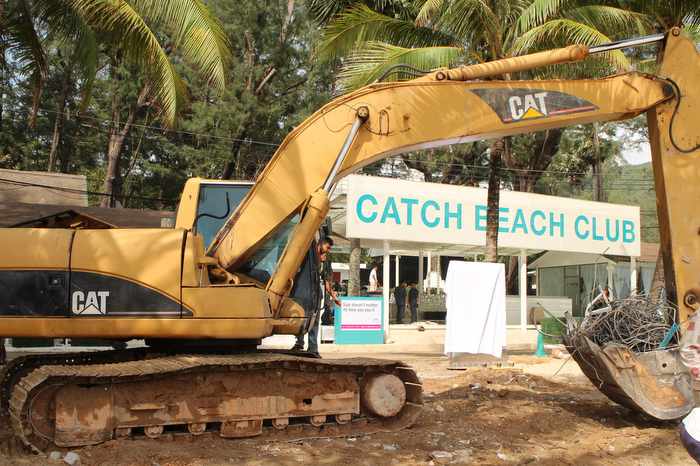 PHUKET: The bold campaign to clear Phuket’s beaches of all structures has received overwhelming support from Phuket Gazette readers.

The support was voiced in an online poll launched on June 22, which attracted more than 3,300 respondents.

Central to the debate over whether or not any structures should remain on the beaches has been the tearing down of parts of Phuket’s most popular west coast beach clubs, including Catch Beach Club (story here).

To this, the Gazette asked readers: “Should beach clubs be allowed to use at least some parts of the beach as they promote the island’s image as a high-end, world-class tourist destination?”

Likely the most important – and the strongest – response came from “Tourists / Visitors to Phuket”, of whom 82% voted: “No, beaches must remain completely clear for everyone to enjoy.”

In comparison, 74% of Local Foreign Residents and 68% of Local Thai Residents who took part in the poll voted that the beaches should remain completely clear.

However, the strongest support for beach clubs to retain some foothold on the sands came from Thai nationals, with 23% saying that the clubs should have some claim to the beaches, as “they are an important aspect of the tourism industry and must receive full support.”

Only 12% of Local Foreign Residents and even fewer Tourists / Visitors to Phuket (9%) agreed.

In the latest development in the “Great Phuket Beach Business Teardown”, investors have voiced their concerns over the effect such campaigns have, especially noting that some of the investors whose beach clubs are to be demolished say that they have followed the letter of the law (story here).

Jet-ski operators back on beach, vow to protect Phuket tourists