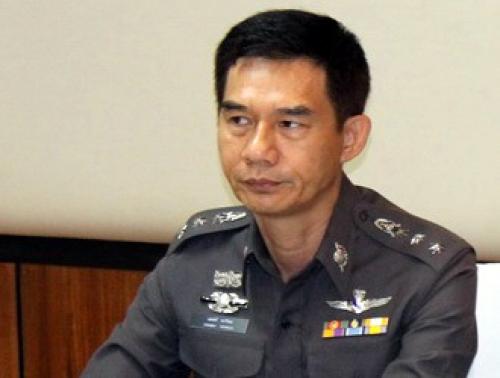 PHUKET: Phuket Police are on standby for deployment to Nakhon Sri Thammarat to reinforce officers there working to contain protests by palm oil and rubber farmers.

Many protesters were injured when tensions flared at the protests at Nakhon Sri Thammarat’s Cha-uat District yesterday.

One protester was shot in the leg as a mob set a police detention truck on fire (story here).

Phuket Provincial Police Deputy Commander Saneh Yawila told the Phuket Gazette that his office was contacted by Provincial Police Region 8 in Surat Thani and ordered to have officers on standby to support Nakhon Sri Thammarat Police.

“I have called in senior officers to discuss our plan in assembling reinforcements,”said Col Saneh.

“At this stage, 155 of our officers will be ready to go once we receive the call from Provincial Police Region 8,” he explained.