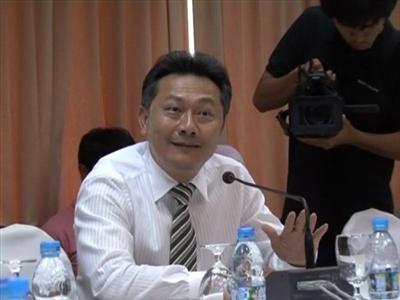 WICHIT, PHUKET: A tentative agreement has been reached between parties involved in a violent confrontation earlier this month at the Phanason City project on Chao Fa East Road in Phuket.

In the latest face-off between the two sides, project workers on April 9 demolished local villagers’ vehicles purposely blocking the entrance to the development.

Mr Thatapong agreed to pay for all damages to villagers’ property in the April 9 skirmish which includes 34 motorbikes, 3 salaeng (motorbikes with sidecars) and one truck.

The company will also remove piles of earth blocking entrance to Ketkaew Village and compensate those who made payments on new homes in the previous project development company, Phuket Hut View 7425.

Mr Thatapong has offered villagers with proper documentation two options: the company will either refund payments made to the previous project developer or the money can be used as a down payment on a Phanason City home.

Ketkaew Village leader Kasinee ‘Ee’ Sae-eu said she is quite happy with the offer, but said she will have to discuss the matter with fellow villagers before deciding whether it is acceptable.

Everything seems to be going much more smoothly now that they were finally able to meet and talk directly with the project owner, she said.

Commander Pekad added that 14 suspects in the violent clash have surrendered to police.

He hopes all disputes will be resolved within the next week.