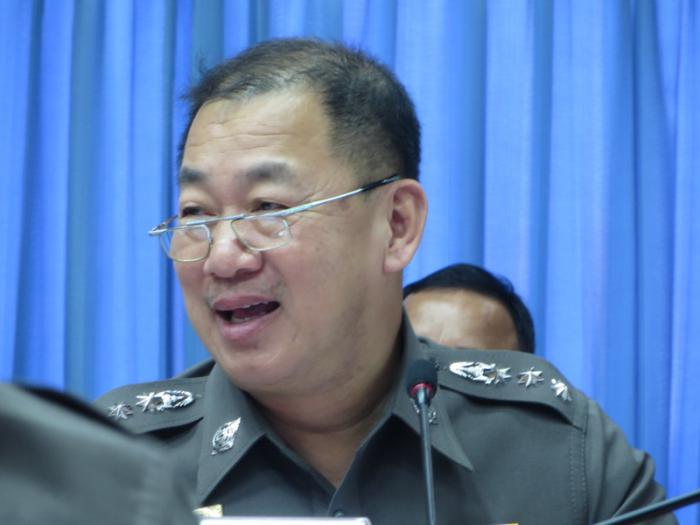 Col Chiraphat quietly returned to work on Monday, less than a week after his abrupt transfer to stave off violence during a blockade of the main roads into Patong by angry tuk-tuk drivers on March 3 (story here).

About 200 drivers staged the overnight blockade after several of their members were arrested by undercover police who pretended to be illegal taxi drivers and parked in spaces on the beach road reserved for the public.

The tuk-tuk drivers, who said they asked the men to move their vehicles from the public parking bays, were subsequently arrested for threatening behavior (to see ‘Power Play’, page 1 of the Phuket Gazette issue of March 8, click here).

“I returned to my post as Patong Police Superintendent on Monday,” Col Chiraphat told the Gazette.

“What I am looking to do now is unite Patong business operators, as we have so many groups competing for income from tourists.

“We might hold a sports event such as a football match and have everyone join in so police and Patong residents can get to know each other better.”

Col Chiraphat said he had yet to draw up plans to deal with any future possible blockades.

“I’m sorry. I have been busy at the police station,” he said.