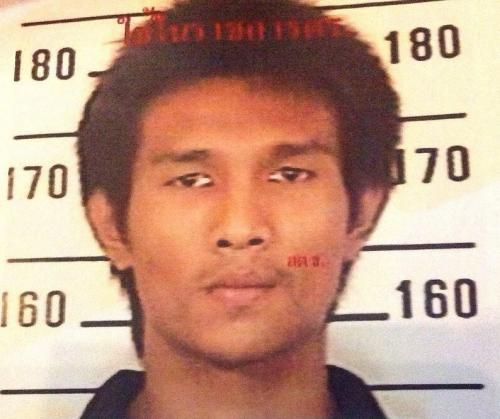 PHUKET: Phuket Provincial Court has issued an arrest warrant for the man believed to have shot Russian tourist Maksim Klocskov in Rawai on August 17.

Mr Klockskov was shot in the back when a bullet aimed at the car he was riding in pierced the trunk and struck him as he sat in the back seat (story here).

“According to witnesses, Mr Klocskov’s friend was driving the car, and cut in front of Mr Narongsak, who was on a motorcycle. Mr Narongsak got upset, followed the car and shot at it,” Col Jumroon told the Phuket Gazette.

Mr Narongsak had earlier been arrested by the police when he was picked up on August 27 for possession of unlicensed firearms and ammunition.

“He posted bailed. We didn’t realize he was the suspect we were looking for in this case,” Col Jumroon explained.