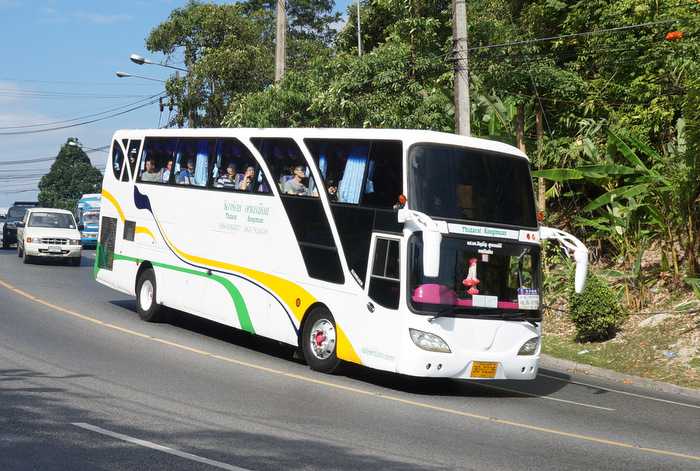 PHUKET: Police are calling for motorists driving over Patong Hill to give extra room to buses carrying Asian Beach Games athletes, officials, support teams and spectators, as such buses have been given immunity to the large-vehicle ban on the deadly road during rush hours.

A bus crash that killed two tourists and injured many more last year (story here) led to the introduction of the ban on all large vehicles crossing the hill during morning and evening peak traffic times (story here).

“We ask all motorists to be understanding about why we are allowing Asian Beach Games buses over the hill. Please exercise extra caution when you see them on the road,” Patong Police Traffic Inspector Ekkarat Plaiduang told the Phuket Gazette this morning.

“Nonetheless, the ban is still being applied to all other large vehicles during the peak traffic hours of 6am to 9am and 4pm to 7pm.”

“Most of them travel to and from the venues by minivans escorted by the Highway Police or the Tourist Police,” he said.

“Regardless, when they arrive at the Thung Thong checkpoint, our officers stop them to make sure the driver is aware of the steep slopes he is about to encounter on the road into Patong.”

The police are particularly concerned about brake failure, especially when there is a large volume of traffic on the road.

“Most bus and truck drivers are now aware of the rush-hour ban, and we continue to carry out random drug tests of drivers as well,” Maj Ekkarat noted.