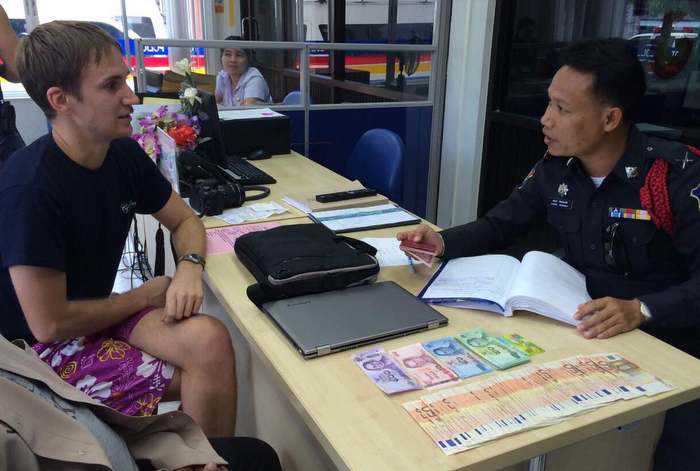 PHUKET: A van driver returned almost 5,000 euros cash to a Russian tourist who forgot his bag full of valuables after arriving in Patong from Phuket International Airport last night.

“I saw that he had left his computer bag in the back of the van, so I contacted my company’s headquarters right away,” 32-year-old Kritsana Buaked told police when he returned the goods this morning.

“At the same time, our company had been contacted by the Tourist Police about the bag.”

The 28-year-old Russian, Iakov Yurin, told police that he had brought the cash to fund his holiday in Thailand.

“I never expected to get all the money back. I am very happy about how this worked out,” Mr Yurin said.

An undisclosed amount of money was given to Mr Kritsana as a reward for returning the bag.