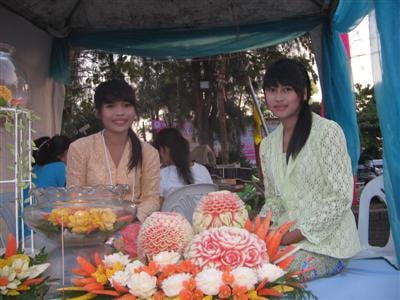 PHUKET: Tonight is the last night of the Phuket Local Food Festival, which drew big crowds at Saphan Hin over the weekend.

Entertainment on the main stage has included everything from cultural shows by local schoolchildren to song and dance by trans-gender performers from Simon Cabaret.

Tonight’s entertainment will be music by the Shadow Band and Khun Thanit’s Band, other musical performances from Bang Neaw Municipal School and schools under OrBorJor administration, and a cultural performance organized by the Phuket Culture Office.

Activities run from 4pm to 11pm.