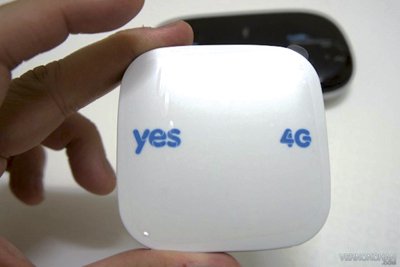 PHUKET: Thailand has been bombarded with “3G” advertising for years. As befits a term with no real definition, “3G” is all about marketing. A phone company can call two tin cans and a piece of string “3G” and get away with it.

Not so 4G. Internet Service Providers (ISPs) in the US and Europe have been taken to court over their “4G” claims. Something of a consensus has emerged about what, precisely, encompasses 4G.

4G will become the next big wireless internet marketing term here in Phuket, probably in the next year or so. Let me take you through the details, so you’re braced when the time arrives.

There’s an official definition of “4G” – the International Telecommunication Union has decreed that, for a wireless technology to be named 4G, it must support 100 megabits per second (Mbps) transmissions. That’s about ten times as fast as the fastest wired connection in Phuket – and I’m including fiber optic. Imagine that. A wireless connection that’s ten times faster than the fastest land line we have now. High definition TV signals streamed live from anywhere – with no need for a TV satellite dish. Truly disruptive technology.

It won’t happen in the next year or two, but it will happen, if the regulators get out of the way, and graft doesn’t pull the whole house down. And we won’t get the 100 Mbps technology, at least not at first. We’ll probably get something much slower, but still considerably faster and more reliable than what we have in Phuket now. And it’ll be portable.

As I’ve been predicting for years, when Thailand’s politicians, bureaucrats and courts finally catch up with the rest of the world and get that “3G auction” off the ground, chances are very good 4G technology will be in full swing. Indeed, the 3G auction is scheduled (once again) for a few months from now. At this moment 4G is popping up all over the US, Europe and many places in Asia.

Here’s a quick review of where we are, and where we’re headed.

Governments all over the world control the allocation of airwaves – the spectrum – that mobile phone companies can use. Many years ago, the primary use of spectrum – and a sizable source of government income – was in the TV and radio bands. If you wanted to set up a TV station to broadcast on Channel 4, you had to pay the government for the privilege.

Wireless mobile phone, and now internet access, is no different. Years ago, the Thai government granted a license – a concession – to CAT so it could use the 800 MHz “channel” and to TOT for the 850 MHz. Fast forward a couple of decades and TOT and CAT – two huge and politically connected companies – are making an enormous amount of money from their concessions. They employ tens of thousands of people. They’re also fast approaching their concession renewal dates.

In Thailand, the channels close to 2100 MHz (the so-called 2.1 GHz band) have never been allocated to any company.Various Thai governments have drawn up, and abandoned, plans to auction off the channels near 2100 MHz. TOT and CAT, of course, want a piece of the action. But so do a dozen or more additional companies, some Thai owned, some farang.

CAT and TOT started their 3G services with a technology known as HSPA. Both are in the process of upgrading their networks to a much faster technology, that uses the same channels, known as HSPA+. Here’s where things get complicated.

The government has scheduled an auction for several channels near 2100 MHz. The press here call it a “3G auction” but the companies that win the bids are certainly going to consider leapfrogging 3G and going directly to LTE – LTE being a 4G technology, by most reckoning.

LTE isn’t 100 Mbps fast, but it is 10 Mbps fast – at least in theory – and that would be a huge step up from all but the fastest wired connections here. And it’s wireless.

Right now in the US, Verizon is rolling out a huge LTE network, and advertising it heavily. Clearwire is in the process of switching to LTE and AT&T swears it’s headed in that direction. There are also sizable LTE rollouts under way in Australia, Canada, Germany, Singapore, Hong Kong and South Korea.

Of course, fast LTE is dependent on all sorts of things, including the willingness of the phone company to pay for sufficient bandwidth to get good overseas access. Right now, TrueMove, DTAC and AIS are doing a reasonably good job of keeping up with demand, and they’ve been adding new HSPA+ towers all over southern Thailand. It’s my understanding that the HSPA+ equipment can be converted into LTE towers rather easily. This opens up some interesting possibilities.

At any rate, 4G is coming at some point, and it’ll probably be very good. Let’s see which phone company is willing to roll the dice.

On a personal note, two weeks ago I mentioned in this column that the cloud had finally lifted, and I was almost done with Windows 8 All-In-One For Dummies. Wrong. Very wrong. Shortly after I wrote those words, Microsoft announced that it was abandoning Hotmail, replacing it with a new service called Outlook.com. (Details next week.) That killed one chapter and heavily changed another one in the book.

Then Microsoft announced that it wasn’t going to use the term “Metro” for the tiled part of Windows 8 – a move that effectively gutted about a dozen chapters. No rest for the weary, I was flung back into emergency edits, and I’m wading through them now.